The 7 Famous Celebrities Who Changed Their Hooded Eyes

Celebrities are always under the scanner for their appearance and expected to look their absolute best, all the time! And having hooded eyelids aren't the way to look gorgeous. While most of the population suffers from heavy hooded eyelids due to genetics or loss of collagen as the body ages, few celebrities with hooded eyes are known to undergo treatment to get rid of the ‘tired-looking eyes.’

The procedure to improve the appearance of the eyelids is called blepharoplasty, commonly known as eyelid surgery, which involves the removal of excess loose skin from around the eyes to give them a more youthful appearance. Such hooded eyes treatment offers a dramatic and rejuvenating effect to the eyes, giving the face a more rested appearance, making it a popular procedure among celebrities.

Here is the list of the 7 celebrities who underwent treatment to change their hooded eyes: 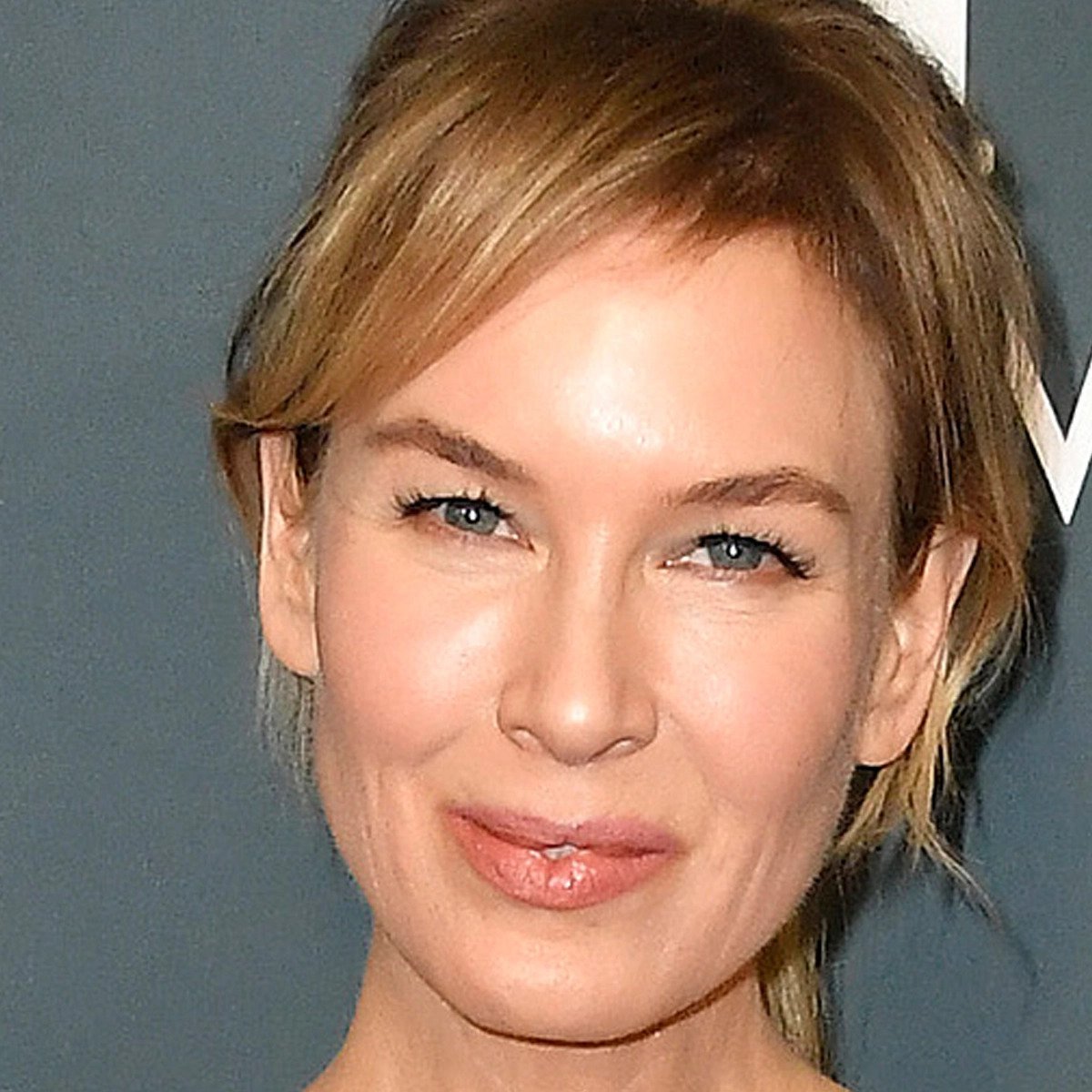 The recipient of numerous accolades such as Academy Awards, Golden Globe Awards, and British Academy Film Awards is known to everyone for her charming personality and stunning looks. One of the highest-paid actresses of her time, Renee Zellweger’s character Bridget Jones was adored and appreciated by cinema lovers across the globe. However, one must not be aware that this pretty actress underwent eyelift surgery to remove excess skin around her eyes to eliminate the 'squinting' look, a common feature of hooded eyes.

While most celebrities opt for treatment of their own will, X-Factor star Christopher Maloney had to undergo treatment as he received severe criticism for his looks online. He spent a whopping $90,000 on plastic surgery, hair restoration, eyelid surgery, and a nose job. He admitted that being bullied online affected his self-confidence, and he decided to go under the knife to restore it. 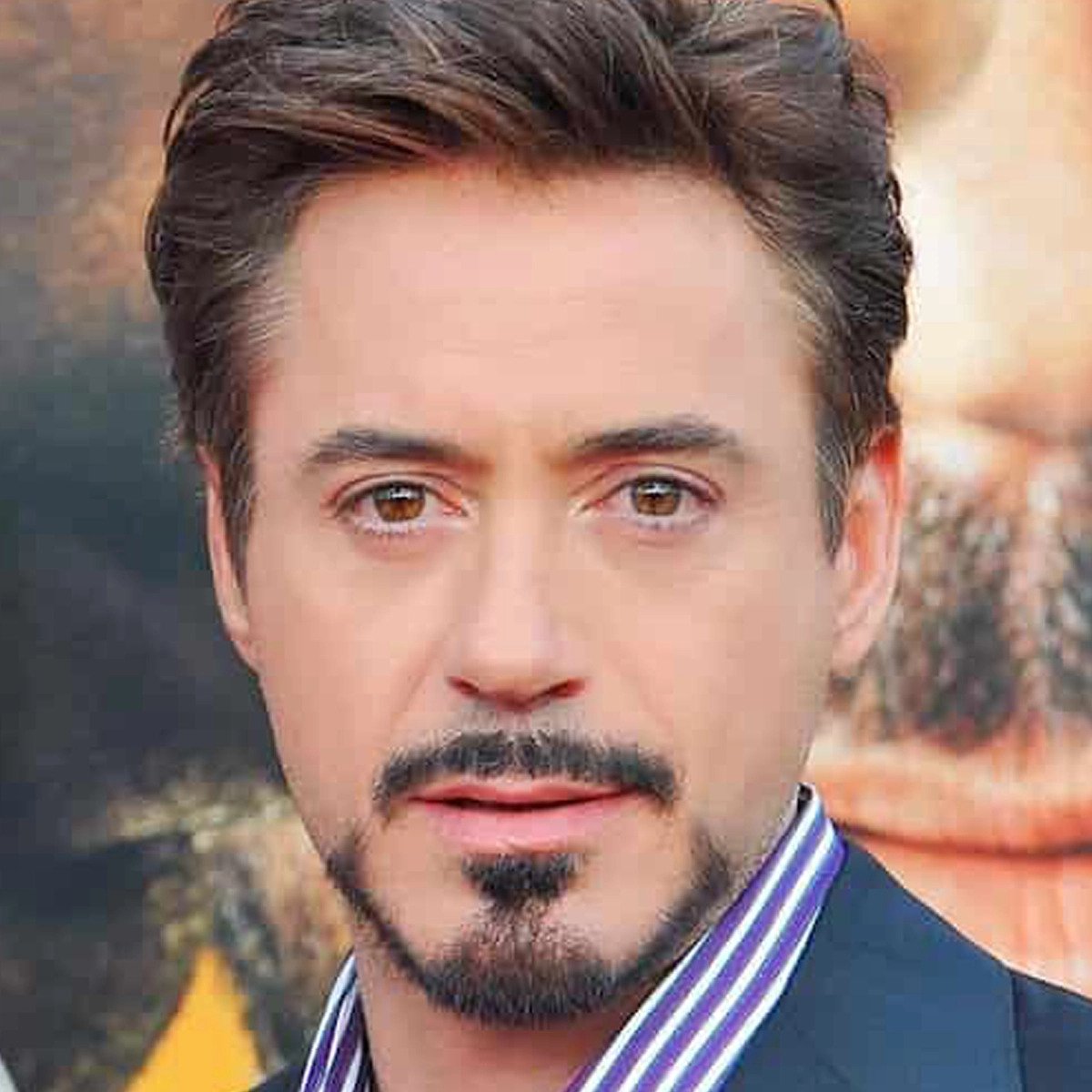 Robert Downy Jr.is a name known worldwide; anybody who says otherwise must have been living under a rock. The Iron Man is one of the most beloved and influential characters presented by Marvel Studios. Robert Downey Jr.'s excellent acting skills are credited for making the character memorable. The actor is known to have a charismatic personality, not only on camera but in real life, and his looks only add to the number of his admirers. Although he has never openly admitted to undergoing plastic surgery, the significant improvement in his appearance after a short slump in his career indicates that he must have gone through an eyelid lift treatment and for hooded eyes.

A legend in Hollywood, Al Pacino is every cinema-lovers favorite. His movies were masterpieces worthy of numerous accolades. The man himself is one of the few performers who achieved the Triple Crown of Acting - The Academy Award, two Tony Awards, and two Primetime Emmy Awards. A method actor and a great filmmaker, Al Pacino could only be imagined as nothing else but perfect throughout his career span of over five decades. However, even the greatest of the great must maintain a certain appearance to be in the limelight and please admirers. Al Pacino has undergone a number of subtle surgeries to reduce the sagging around his eyelids, and now he looks more refreshed. 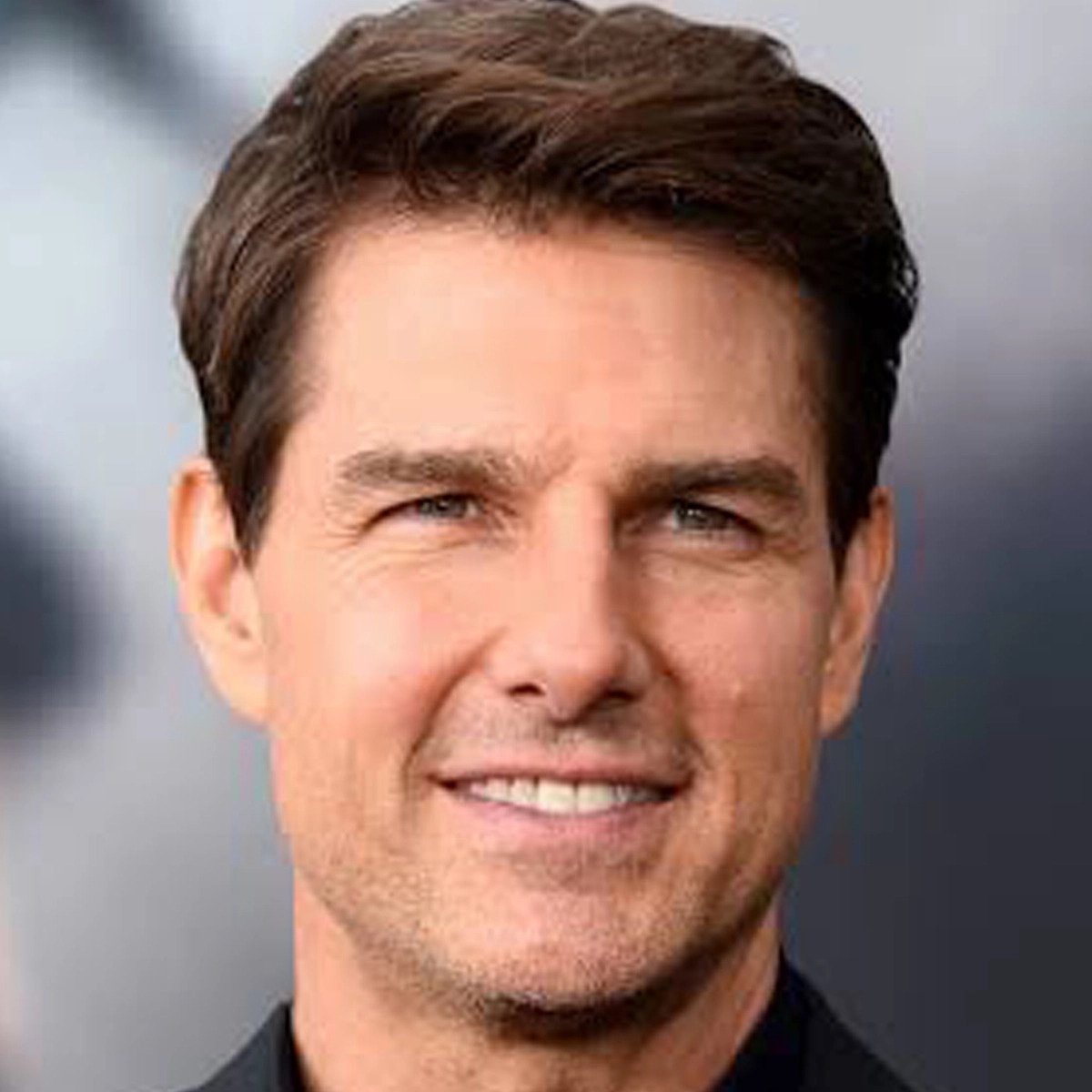 The heartthrob and undeniably one of the greatest Hollywood stars, Tom Cruise deserves praise for his impressive movie list and drop-dead looks. The actor is known as one of the highest-grossing box office stars of all time, and his appearance is greatly responsible for the long lines outside the theatre. He has bagged various accolades throughout his career, including 3 Golden Globe Awards, and has been nominated for British Academy Film Award and Academy Awards. Although there has never been a day when the actor looked anything less than perfect, Tom Cruise turned heads at the BAFTA Awards 2016, when he seemed significantly young, and it was said that he had blepharoplasty on his lower lids to get rid of eye bags. 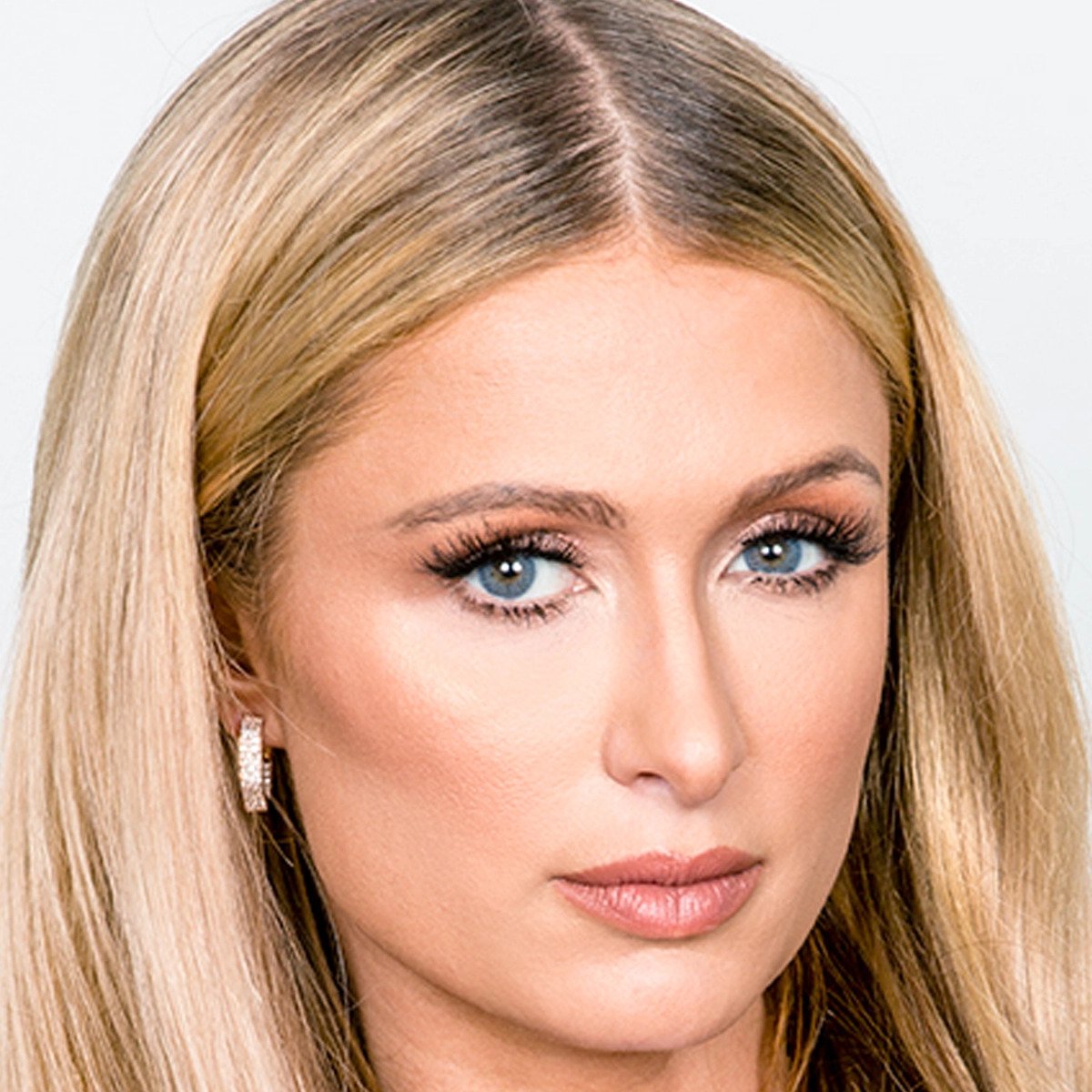 The heiress to the Hilton Hotel fortune, Paris Hilton, gained unfathomable popularity after her stint in the reality television series, The Simple Life. The socialite, model, businesswoman, and actress has always been the talk of the town for her fashion sense and her showstopper wardrobe collection. While many argue that her fame is only the product of her inherited wealth and lavish lifestyle, it will be incorrect to say that she is not admired for her stunning looks. However, Paris Hilton underwent an hooded eye surgery in 2006, which made her one eye bigger than other.. This prompted her to go for another eyelift to give both eyes an even look.

Catherine Zeta-Jones is the owner of an enigmatic personality and can illuminate the silver screen with her gorgeous appearance and flawless portrayal of the characters assigned to her. The Mask of Zorro has enabled the actress to gain worldwide popularity alongside another fascinating actor, Antonio Banderas. But age never favors anyone. Zeta-Jones has been rumored to get rid of hooded eyes with eyelid surgery and injections for eyelid lift to the forehead.

Although hooded eyes are still common among the majority of the population, people are trying to get a youthful, more refreshed look with treatments that are usually successful but cost a lot. There are also instances when surgical eyelift has an inverse effect, and the patient ends up with droopier eyelids. Most patients cannot go for eyelid surgery due to health conditions or are unable to afford the eyelift procedure. 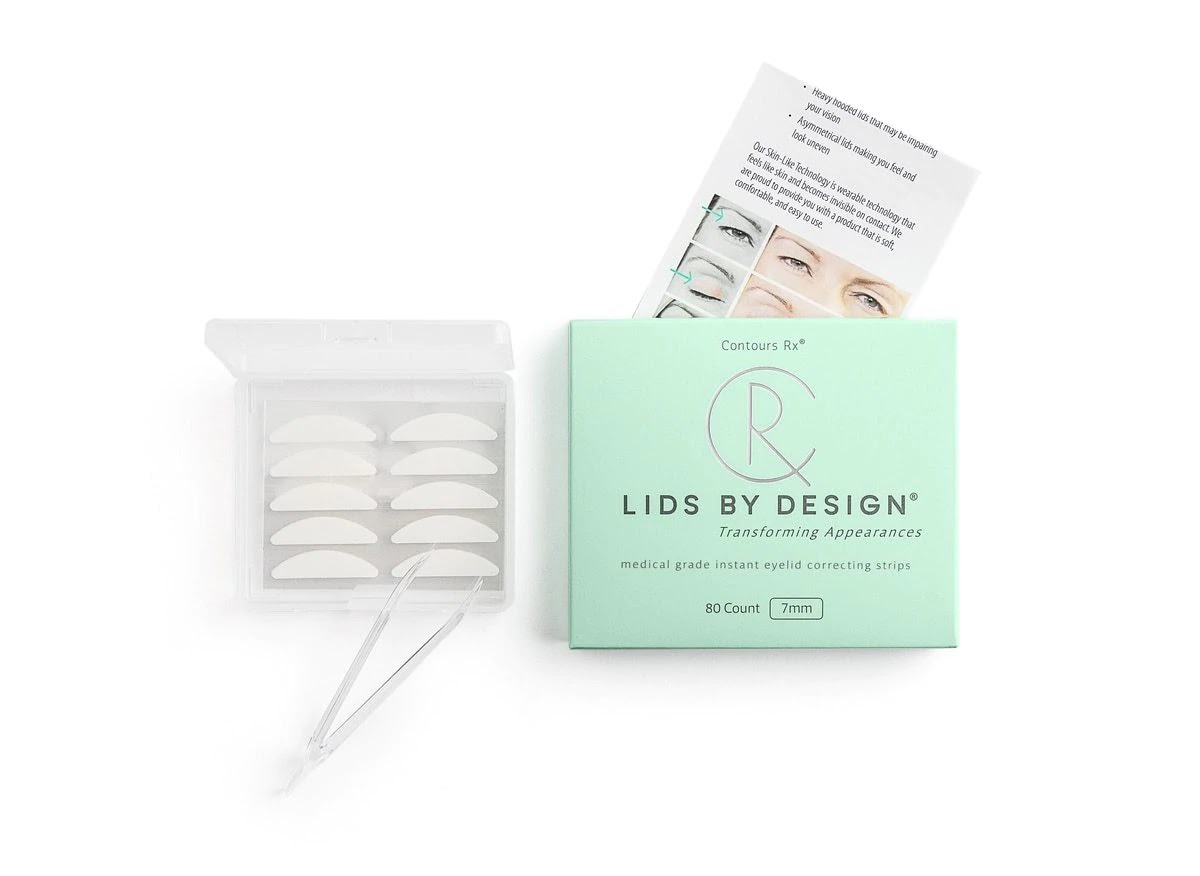 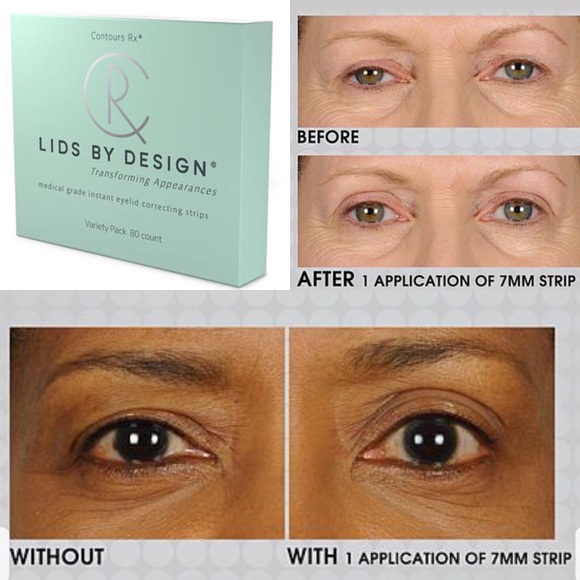 LIDS BY DESIGN by Contours Rx is the ultimate non-surgical, medical-grade solution for correcting hooded eyelids. Contours Rx is a patented design, and its eyelid tapes give instant results offering a more youthful, rejuvenated appearance every single time. Made of Hypoallergenic, Latex-free material to suit every skin type and age, LIDS BY DESIGN is revolutionizing the industry with its safest, high quality, and affordable eyelid tapes that can transform hooded eyelids in seconds and retain the look for an entire day.

Check out Other Blog Pages:

FAQ for the blog: Drooping Eyelid Celebrities with Hooded Eyes

Is there a best age to get eyelid surgery for hooded eyes?

Hooded or droopy eyelids usually appear when you have crossed 30. So most people undergo eyelid surgery or blepharoplasty at this age, though younger people with droopy eyes can also go through it. However, the recommended age is 18 or more to undergo the procedure.

What is the recovery period after eyelid surgery?

After eyelid surgery, patients are expected to spend approximately seven to 14 days resting and recovering. After two weeks, one can start to see the youthful-looking eye area.

However, LIDS BY DESIGN is an instant eyelid correcting strip that offers you rejuvenated eyes in a matter of minutes: no pain, no discomfort, and youthful-looking eyes for an entire day.

How painful is eyelid surgery?

Eyelid surgery is not very painful; it is considered among the least painful cosmetic procedures. However, the risk associated with the surgery differs from patient to patient based on their medical history.

LIDS BY DESIGN by Contours Rx is the safest, non-surgical beauty enhancement technology that becomes invisible upon contact giving you your desired instant eyelid lift.

Do eye bags return after blepharoplasty?

Eyelids surgery is quite expensive, so seeking surgery more than once can be costly for most people.

LIDS BY DESIGN, the eyelid tape by Contours Rx, is an affordable and safe way to get rid of hooded eyes in minutes. It is made of hypoallergenic and latex-free materials to suit most skin types and can be used daily.

Is there an age too old for eyelid surgery?

While patients in good health can get eyelid surgery at any age - in their 60s, 70s, or 80s, some health conditions that appear with age may make this surgery unwise.

However, Contours Rx’s eyelid tapes can be applied at any age, to any skin type, and at any time.

Anti-Aging Advice Speak to our experts

Free Delivery When you spend $50

5 Star Rating From our customers

Free Gift When you spend $60

Stay up-to-date on our latest products and promotions.